Whatever happened to the singer for Cherry Pie? 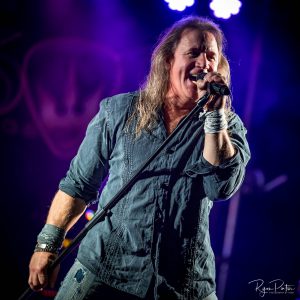 So the story begins… It was early fall of 2017. Kings of Radio had just lost its lead vocalist to Cherry Pie, another popular 80’s rock cover band located in southern Wisconsin. The band wasn’t sure where to proceed from there. Were we going to find the right singer to take our previous vocalist’s place? Would we be able to find someone that had the chops to pull off 80’s rock AND have a great stage presence?

The band had a number of people come forward with interest in auditioning and even auditioned a few. The fit just wasn’t there – the band wasn’t feeling it. A number of our friends and fans had also messaged us saying “hey… you guys need to get John (Swenson)!!”, the vocalist let go by Cherry Pie. The thought had crossed our mind. John was certainly a MONSTER stage presence, and had a strong following after spending over 18 years with Cherry Pie. Ultimately the band passed off the notion simply because – let’s face it – people can be REALLY weird about things like this. A literal singer swap?! It just ventured into territory the band didn’t want to tread on. Kings of Radio are all about having fun and we just enjoy playing music for people. The last thing we wanted was to invite the potential for drama and strange reactions from fans of Kings of Radio, and Cherry Pie, alike.

A few weeks went by and we had a meeting about where to go from there. We just weren’t finding what we felt we needed to move forward, so the band decided to announce our retirement. We even had a farewell show and put out announcements all over social media.

Fast forward a week… Our managing member got a call one his phone one day – “Hello – so are you guys really retiring? What if I told you the singer your singer replaced is interested in talking to you?”. “John?”, our manager asked. “Yeah. You want to meet up and talk?”. Our manager ran the idea past the band and gave John a call to set up the meeting. 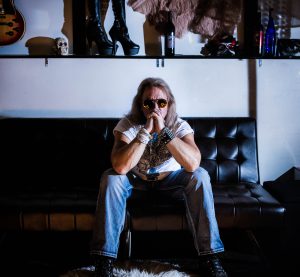 A few days later we all met up at a local pizza joint in the Madison area. The band coordinated to get there before John so we had a moment to put some thoughts together. A short time later, in walks John, wearing his  trademark Packers ball cap, hair flowing behind him, his hulking pythonic arms swinging as he made his way over to the table.

John sat down, we ordered beers and the conversation got rolling. He talked about his departure from Cherry Pie and the exchanges that led up to the change. Additionally, their schedule was heavy, and after many years of performing that many shows a month, the only member of the band solely working with a biological instrument (his voice!), was having a hard time keeping up. Unlike Cherry Pie, Kings of Radio prefer to play only a couple times a month – both to keep our personal lives balanced, and to keep from saturating the band’s presence. This ultimately would be a welcome change for John as well.

in walks John, wearing his  trademark Packers ball cap, hair flowing behind him, his hulking pythonic arms swinging as he made his way over to the table.

After we chatted about business, we hung out for awhile and got to know him more. After we all left, we decided that this could be a worthwhile move for the band, and that moving forward with John would would potentially bring new life into the show. We had agreed to have him join us for a practice, jam out a few songs, and see how things clicked. 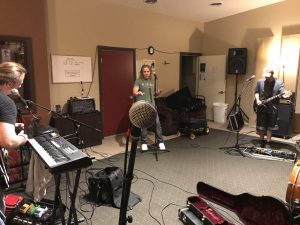 Practice day came and we all met up at the Madison Music Foundry. We ripped off a tune and John nailed it. We ran through a second song – POW! Nailed it. There was energy, chemistry, and an air of fun in the room. We had found our guy!

For the next couple of months, the band would work on putting together a fresh show with John at the helm. We still worried a bit about how Kings of Radio and Cherry Pie fans would react to the announcement. As we worked away at the show, the band announced we were no longer retiring and would be revealing our new lead vocalist. We did this very strategically, and over a month’s time we teased fans with the announcement.

The band sat down one night to get creative about how we could make the announcement and arrived at filming a “reveal video” featuring Tesla’s “Changes”. Fans went nuts and were very excited about the announcement! We were confident we made the right choice and were excited for what was to come.

Shortly after the announcement, we were contacted by Katie at the Red Mouse, who was excited to offer up their venue for John and Kings of Radio’s comeback show, on December 15, 2018. 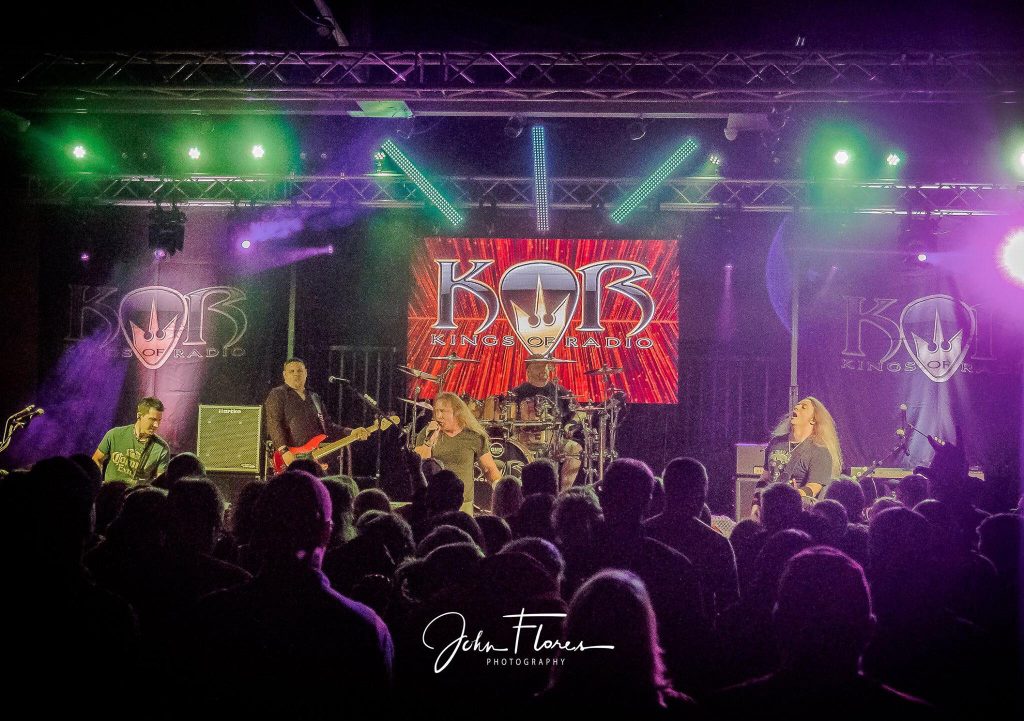